A LibGuide about dreams

In many parts of the world, dreams have been use to transcends the natural plan, receiving messages and prophesies from ancient god’s. Therefore, dream interpretation was a major back in ancient times, because rulers would contract professional dream interpreters were they would consulted to help make major political as wells as military decisions based on the content of their dreams.

Dating back to the late third millennium B.C., the Mesopotamia civilization was the first to develop writing and the first from which literary texts. There are still ancient recorded text of dream of royals. The early text recorded the dream of Dumuzi of Uruk (God of fertility embodying the powers for new life in nature in the spring), according to an article by Steven Tinney in the Journal of Near Eastern Studies:

Mythologically, the narrative is situated within a collection of related tales. To give but two examples: “Inana’s Descent” connects the goddess’s visit to the underworld with the need to find a substitute in order to effect her subsequent escape. Dumuzi, of course, ends up being her choice as substitute. “Inana and Bilulu” describes part of Inana’s search for Dumuzi, and features a retribution for his death which is not clearly aligned with the tradition in which she is the proximate cause of his banishment to the underworld. Several other texts parallel “Dumuzi’s Dream,” in various ways indicating that the tradition as a whole was somewhat fluid and adaptable.

In ancient Greeks had Hypnos the primordial god that is the embodiment of sleep. This particular god would get drag into Heras mischief and scheme, on putting her husband to sleep. According to his mythology is the son of Erebus (god of darkness) and Nyx (goddess of the night), he is also the husband of Pasithea goddess of rest and relaxation. Hypnos and Pasithea had three sons, Morpheus, Phobetor and Phantasos there known as the Oneiroi. The brothers represent the different stages of dreams:

The Sumerian poem "The Dream of Dumuzid"

The Poem of Dumuzid's Dream in song. 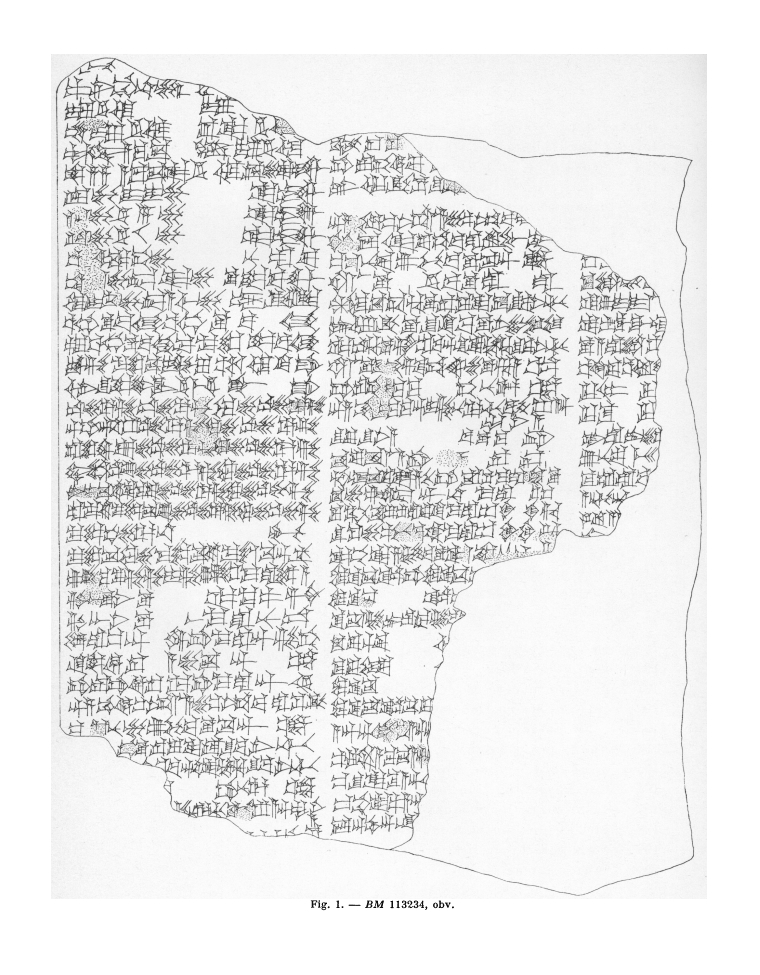 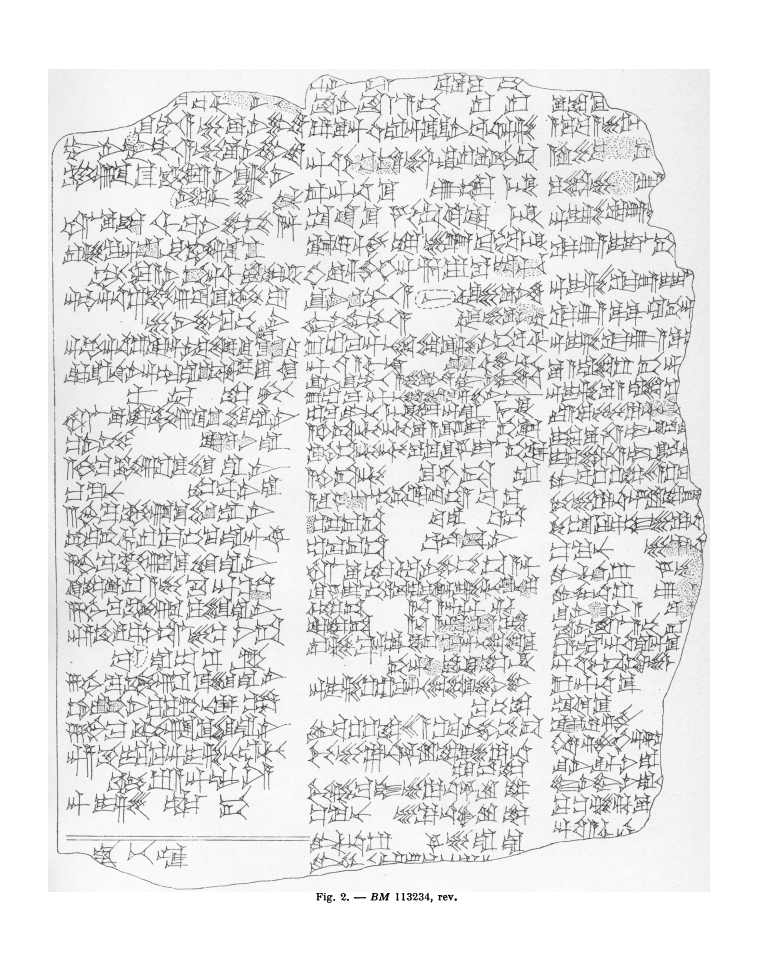 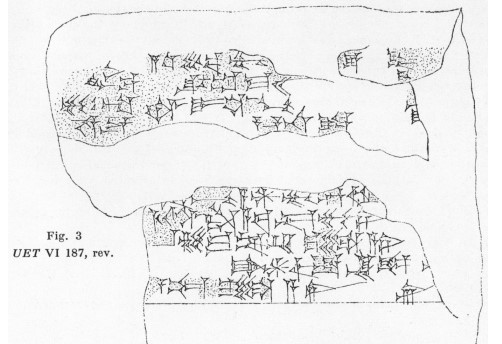 “Divine Hypnos, god who knows no pain,
Hypnos, stranger to anguish,
come in favor to us, come happy,
and giving happiness, great King!
Keep before his eyes such light as is spread before them now.
Come to him, I pray you, come with power to heal!”

“O, Hypnos,
divine repose of all things!
Gentlest of the deities!
Peace to the troubled mind,
from which you drive the cares of life.
Restorer of men’s strength
when wearied with the toils of day.” 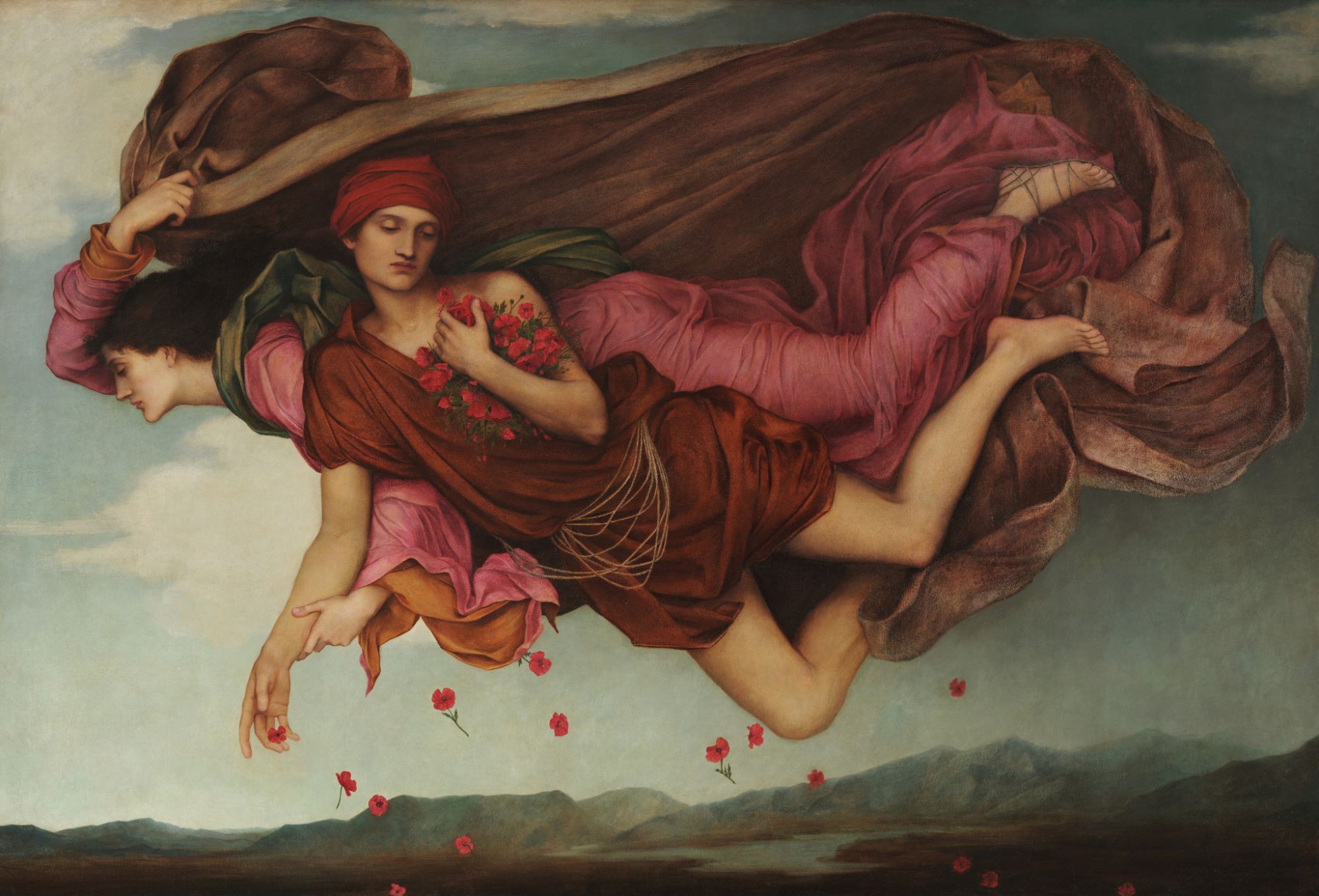 Night floats through the evening sky, his red robes reminiscent of the sunset, and his billowing cloak darkening the sky behind him. He floats arm in arm with Sleep, who gently scatters poppies onto the earth beneath, from the armful of flowers that he has taken from his girdle. (The Victorians used laudanum as a sleeping draught, which was made from tincture of the opium poppy.) Both figures appear relaxed, with closed eyes, as if already half-asleep. The composition for the painting was inspired by Botticelli’s Birth of Venus where Zephyr and Chloris fly with limbs entwined as a twofold entity: the ruddy Zephyr (Greek for “the west wind”) is puffing vigorously; while the fair Chloris gently sighs the warm breath that wafts Venus ashore. All around them fall roses–each with a golden heart–which, according to legend, came into being at Venus’ birth. 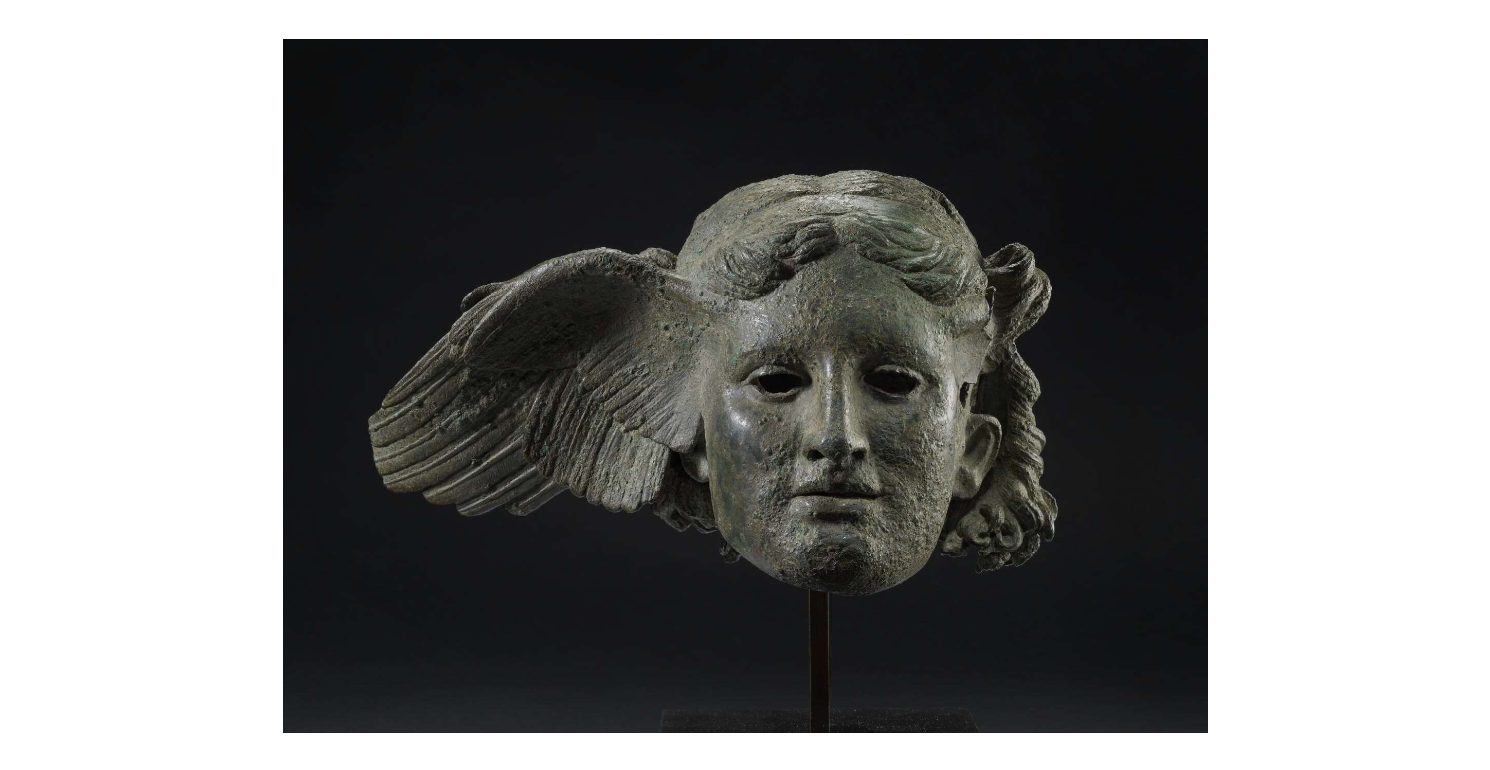 Bronze head from a statue of Hypnos. Wings are shown sprouting from his temples, and his hair is arranged into a series of locks, some falling freely, others tied in a knot at the back of the head.